Let me say for the record that I hate writing. Even the necessary emails that I have to do on a daily basis are often arduous for me. That said I do feel like I have a lot I want to share and that I’m way behind so let me try to catch up a bit here. First Scott Kolb has resurrected his long dormant blog about the 125cc partial Streamliner. Go read it. it has a lot more pictures of the fabrication than I will post here and Scott's description of the process is a great way to get an understanding of just what went into building his bike and you can read about the full streamliner he has in the works. His bike has been the inspiration for my bike he first built it and went to Bonneville in 2006. It is his bike you see in these pictures and it is Team Kolb that is the team I've gone to Bonneville to support (2010 and 2013). Since 2010 Scott has held the record for the Special construction (frame) Partial Streamline (body), normally aspirated, Fuel 125cc. Since 2010 Hence the markings on the side 125cc APS-AF. That record was 146.72mph and still stands. Prior to that he has held 125cc records since he first set foot on the salt in 2006. In February of 2011 we got the chance to do wind tunnel testing at one of the A2 wind tunnels in Mooresville NC.


That was an incredibly educational experience and provided a huge amount of data that we used to make improvements to the aerodynamics of the bike. We weren't able to make it to Bonneville in 2012 for financial reasons but this year we did make it due to a large part Scott’s determination and a most of the expense coming from Scott personally. With the improved bodywork and a new motor we were hoping to significantly increase our record. Scott decided to run in the AG class this year as the record in that class was significantly lower than our previous speeds so it was an easy target relatively speaking.
Our real goal was to have the updated bike see the kind of speeds we calculated it should be going (we believe 170mph+) which was significantly faster than what we were running in 2010. In 2010 we felt like the bike never reached its potential mostly due to traction issues but the improved aerodynamics we hoped would help with that.  Unfortunately this year the bike arrived at Bonneville bit under prepared and so quite a bit of time was spent during the first days getting the bike ready for tech.

When we finally got through tech after fixing a couple of objections from the inspectors there were only 2 days left to racing. We had some electrical issues that showed up at the worst possible times limiting the number of runs we ultimately got to do but all in all it was a success and Scott set a new record in the 125cc APS-AG Class (spec Fuel) of 149.907mph.


Also along for the ride this year was a film crew directed by noted photographer Jason Brownrigg. you can see he and his crew in some of these pictures. Jason is filming for a pilot for a TV show he's pitching that will showcase various american motor sports and their participants. You can check out the segment on Scott and the Bonneville effort here: http://vimeo.com/69919930 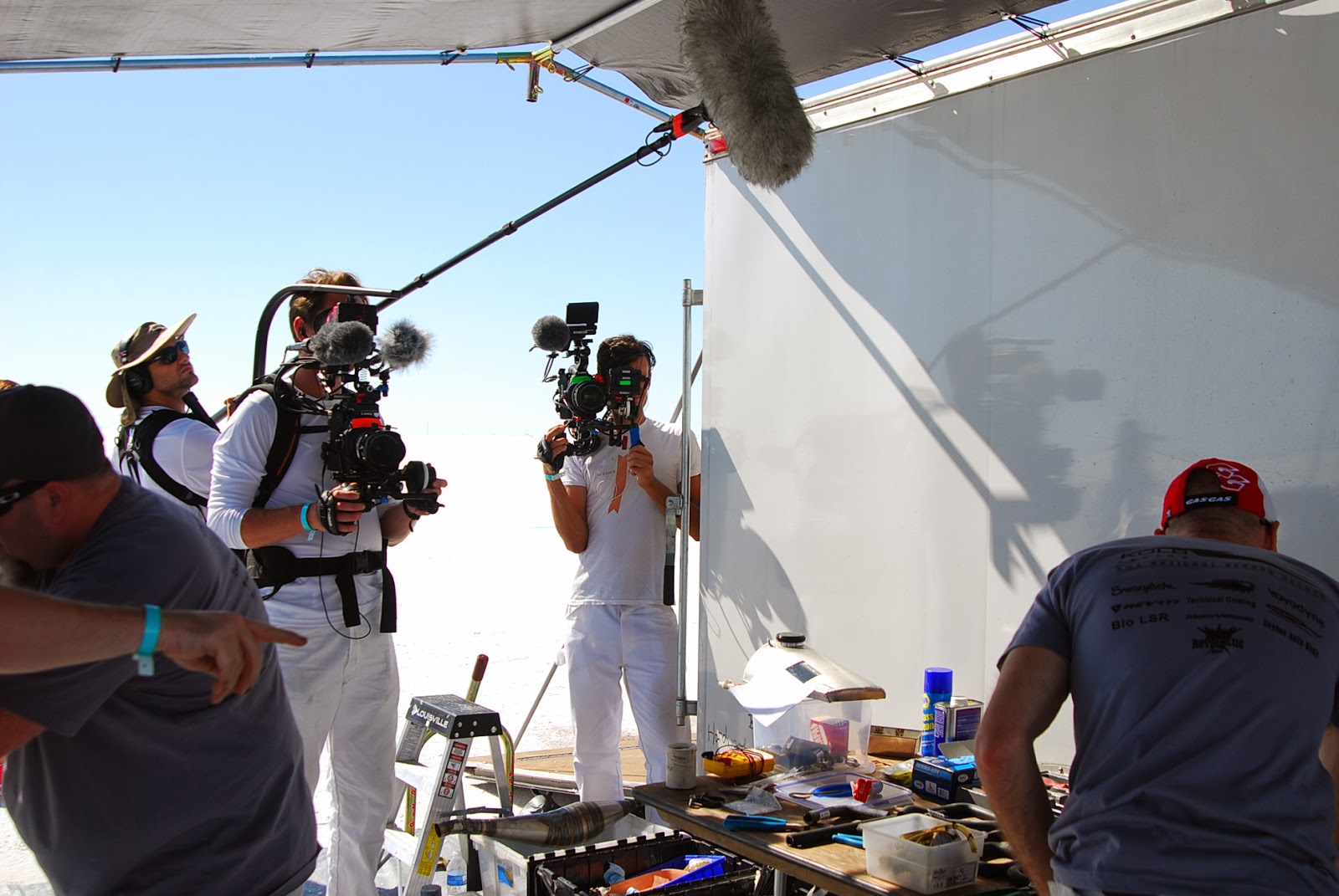 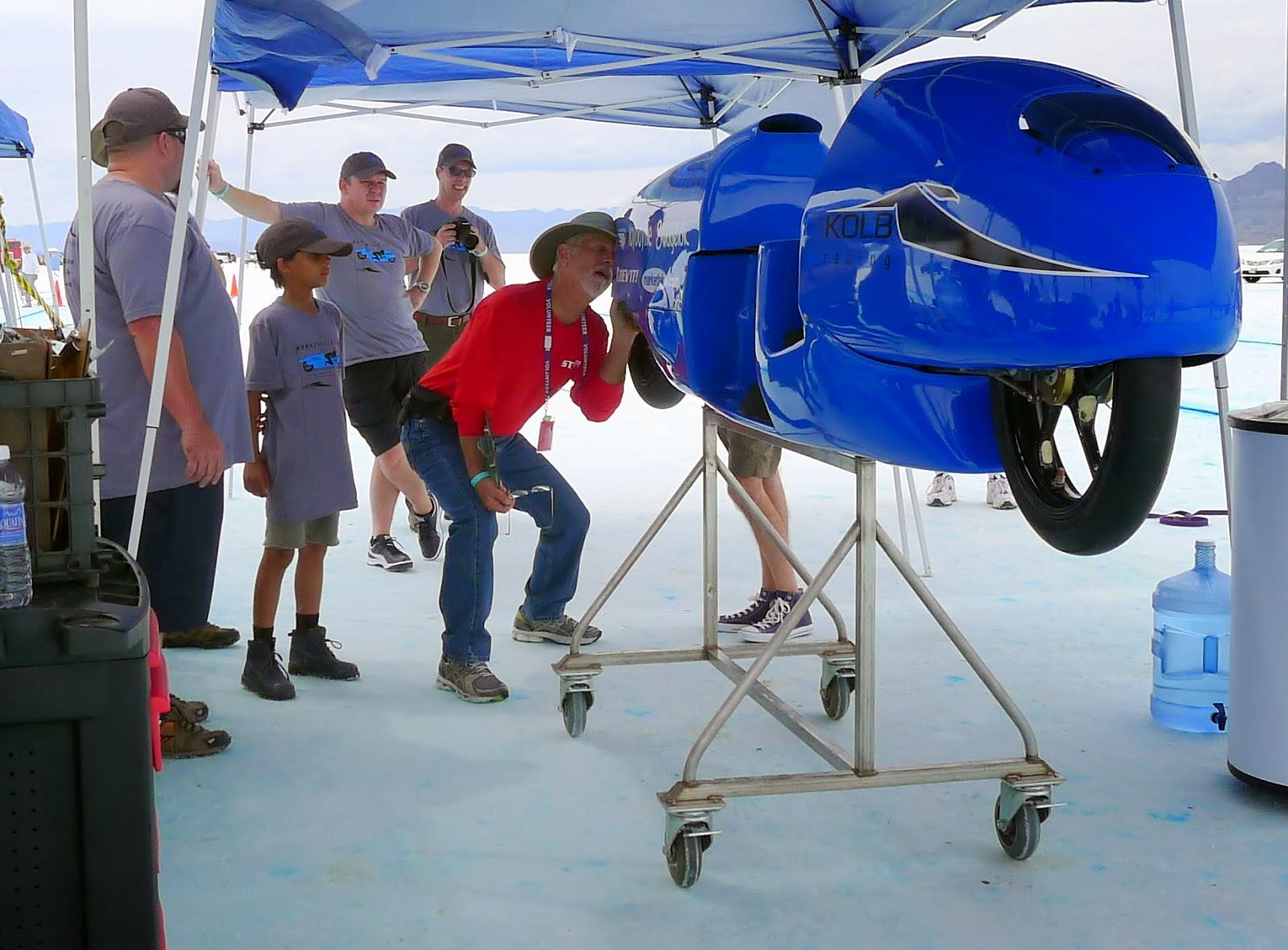 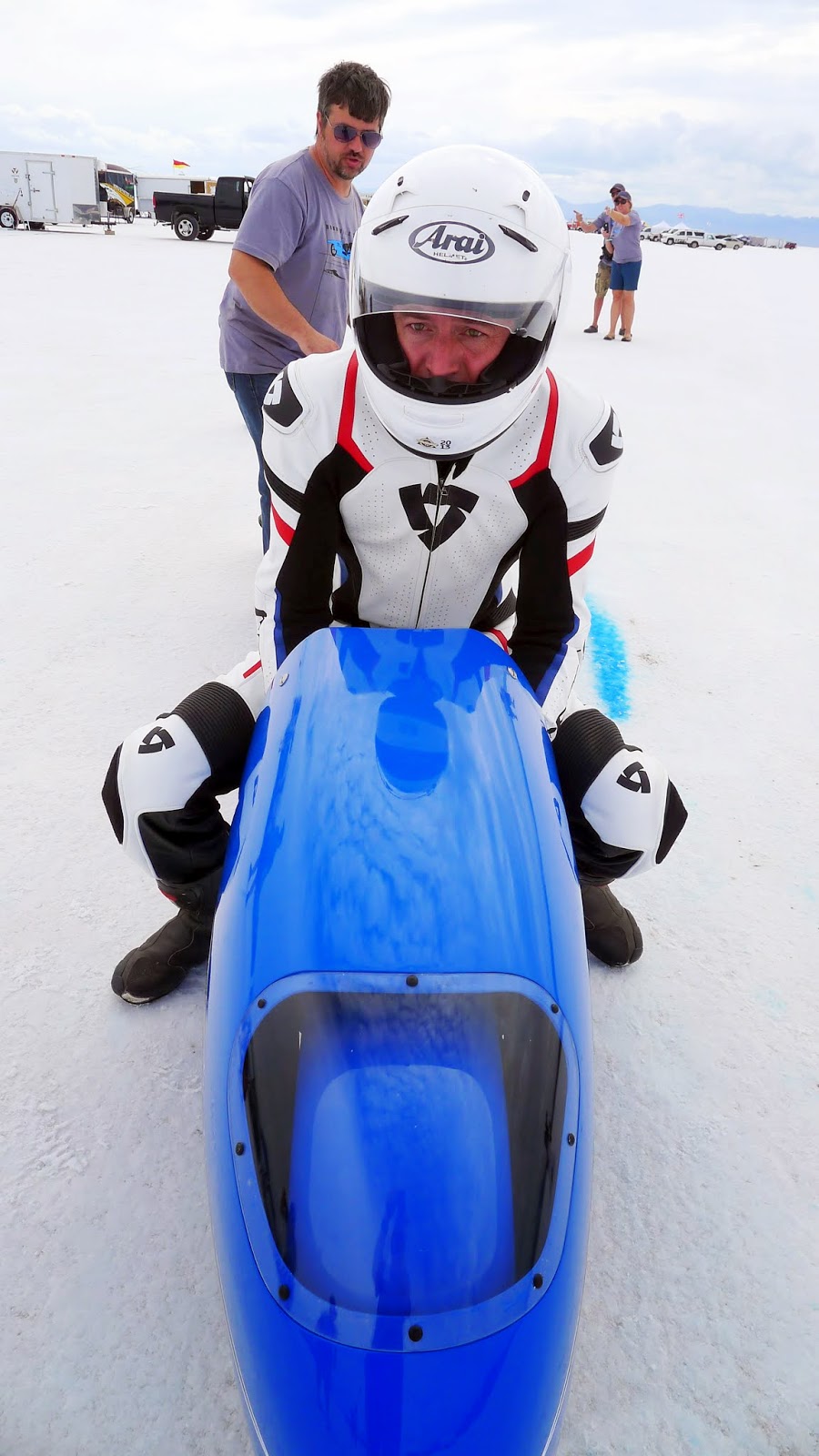 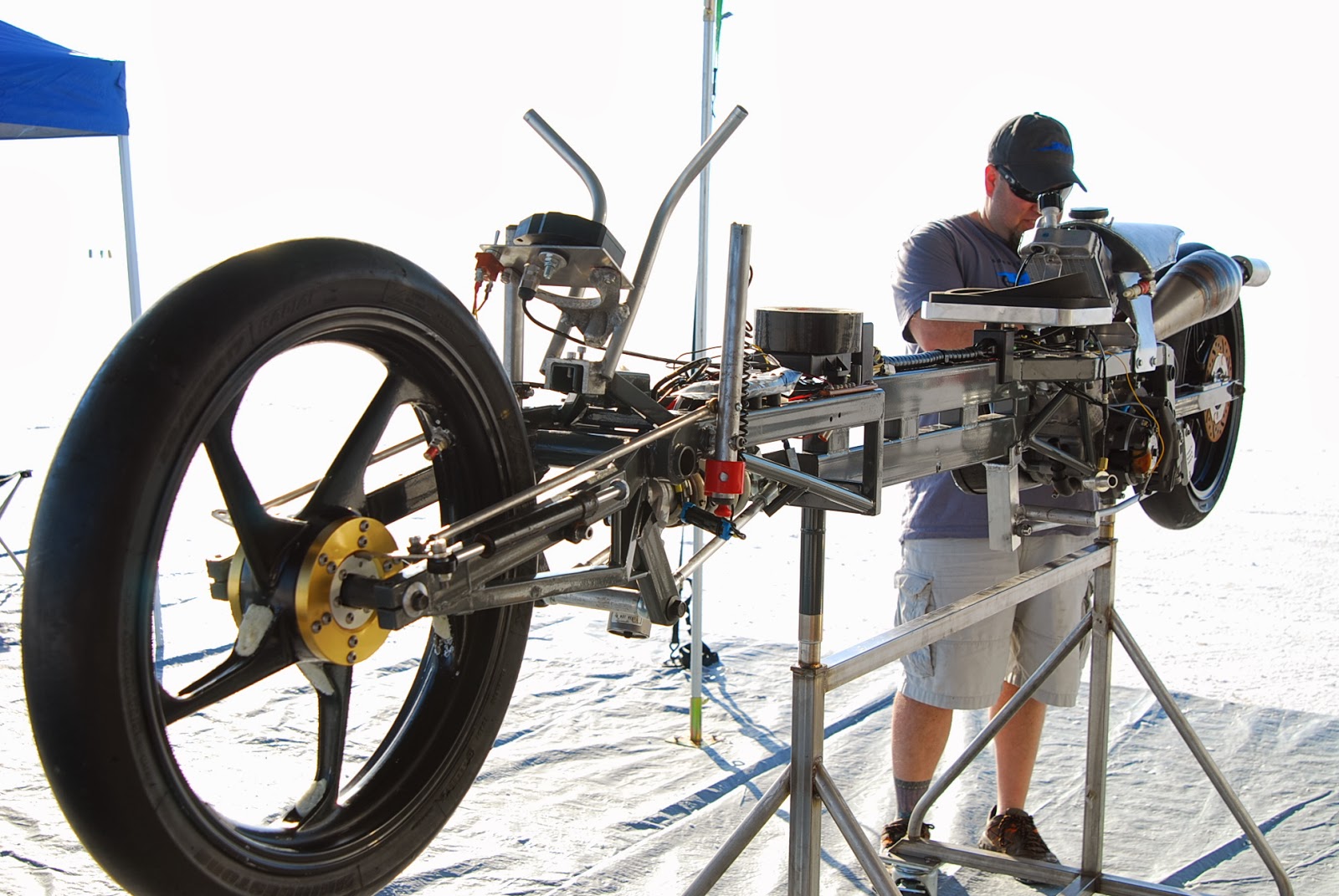