I've been meaning to write something and I realize it has been over a week. Every time I start I realize that I want to add pictures to help tell the story better. I want to finish the with the gears but need to get a few images together. Sorry for the delay. I really haven't forgotten, and things are moving along again. Please stand by.
Posted by Unknown at 10:31 AM 1 comment:

Currently Residing in the Where Are They Now File. 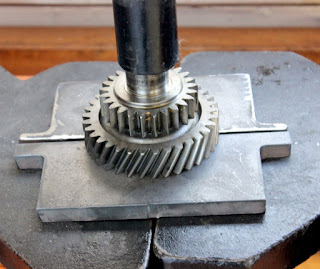 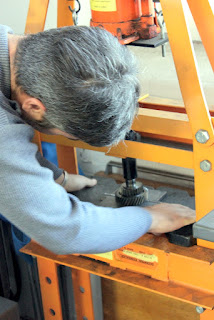 It took a lot of force. The pump handle to the 25ton hydraulic cylinder could practically hold my entire wait off the ground before the pressed on gears finally let go. it made a very loud bang but we got them off. Once off I mic'd the shafts and the bore diameters and drew new gears with the help of a gear generator in Solidworks. I'll pick up with those details and my trip to State Tool and Gear in the next episode. Stay Tuned!