Part of the reason I'm posting to this blog is to tell this story for my own understanding. I'm going to not only document the building but try to include more of the overall details as well as some of the color to try to give a more complete picture. I want to try to do a where we left off post and then a where am I now entry but I don't have the pictures for the later yet so I will try to do that those in the next post or two. In the mean time I realized that I didn't post anything about 2014 which was the last time I was out on the salt. There really isn't much to tell as it was very wet. It had rained over the summer and the water that renews the salt in the spring hadn't evaporated and so things were a mess. we were allowed out and there was a course set up but the pits were wet and a mess and progress for most was slow if non existent. However, It was amazingly beautiful. Even more so than it normalcy is, with some of the most spectacular mornings and evenings anywhere ever! I am loathe to invoke the Divine, but this if anything was the hand of god. The pictures don't do the spectacular beauty justice, but here they are, and I hope they speak for them selves. 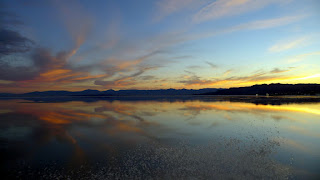 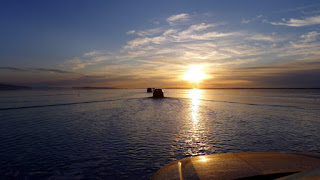 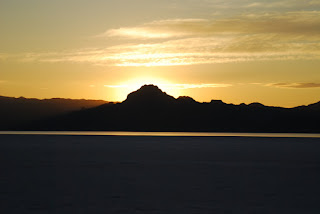 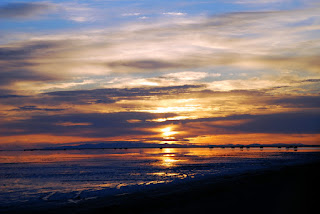 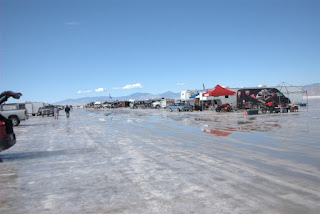 The more you pull up, The less lift you get.

If I had to sum up a Bonneville land speed effort perhaps the most fitting way I can come up with, is overcoming drag. Think about it. In even the darkest most insignificant corners of a project like this you can find drag. Before you ever get a vehicle to a track, think of all the problems (drag) you have to overcome. Please forgive me  for the forth coming onslaught of aerodynamic analogies, but in a lot of way they are apt. The project is the process that starts at the very beginning. From the first moment, when the first idea of running something at Bonneville pops into someones mind. The "I want to set a land speed record" laps of better judgment. The moment when, despite years of responsible, adult, mature thought, our inner 16 year old decides that jumping into the river from the train trestle is not only a good idea, but something we really have to do. If sense or self preservation doesn't kick in, the project starts there. A massive vortex of ideas and aspirations. Not a lot of drag at this point due to the slow speed but the flow sure isn't smooth.As it continues and the ideas are streamlined from the chaotic turbulent mass to a smoother more cohesive flow, progress hopefully continues. Though turbulence and drag are never completely eliminated, the further things progress the smoother things hopefully get. I also would hesitate to say that in my case a project never actually sees a planned conclusion. In my experience, even though there are set goals, once that goal is reached the goal posts are almost always moved. In other words, my projects almost never end (although they sometimes they do die). So, from concept, to design and construction, to testing and reiteration or refinement, and all the way up to and including fielding the vehicle,that is just the beginning. The project usually continues from there to further refinement or additional iterations with the goal of better the achievements. I see the Project as the administrative or executive or overall envelope of the effort. Where am I going with all this? Despite appearances, this project has never died. Though there has been some very significant drag in the way of construction, I have nonetheless been designing, researching and planning for the last 3 years. I'll try to start paying more attention to this blog and bring it up to speed by posting a couple of entries about what I have done in the intervening time and where things stand now. I'm hoping that if I set a goal of posting here once a week, it will not only keep interest high, but also motivate me to continue to push forward and to document what I'm doing. Stay tuned.

New Post Every Week?
Posted by Unknown at 2:41 PM No comments: